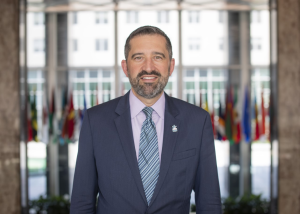 Alfred (“Fred”) Boll is the Director of the Office of American Spaces in the U.S. Department of State’s Bureau of Educational and Cultural Affairs.  He supervises a team of 25 staff members in Washington, and a corps of 26 Foreign Service Officer specialists around the world, providing strategic direction for the Department’s 600 American Spaces, the U.S. government’s primary public cultural and information centers abroad.  American Spaces provide free and open access for communities around the globe, offering programs and events that foster learning, discussion, and civic engagement around democratic principles.

Dr. Boll has been a United States Foreign Service Officer since 2003 and previously led the Bureau of Educational and Cultural Affairs’ “EducationUSA” Branch from 2016-2019 to promote study in the United States.  He has served overseas in Amsterdam, Baghdad, Lisbon, Pristina, and Rio de Janeiro, and in Washington in the Bureau of Population, Refugees, and Migration.  He is a lawyer by training, admitted in California, Wisconsin, and New South Wales in Australia.  He holds a BA (Honors) degree from the University of Chicago in Political Science; JD and MA (Latin American and Iberian Studies) degrees from the University of Wisconsin-Madison; and a doctorate (SJD) in International Law from the University of Sydney.  Prior to joining the Department Boll was a Delegate and Legal Adviser to the International Committee of the Red Cross (ICRC) from 1993-2003 based in Jakarta, Hong Kong, and Sydney.

A native speaker of English and heritage speaker of German, Boll is a life-long language learner who has test scores in nine languages from the Department of State’s Foreign Service Institute, five of which are at levels between “Full professional proficiency” and “Native or bilingual proficiency.”  As a student he participated in study abroad programs in Switzerland, France, and Germany.

Ms. Patz is the Associate Director of the Boren Awards program for the U.S. Department of Defense. She has served in this role since 2015, and with the Defense Language and National Security Education Office since 2010. She is the department-wide subject matter expert for policy and outreach to attract diverse US citizens into the national security workforce through Boren Awards. She is responsible for the design, development, and management of the program, and works to provide opportunities for Boren award recipients to nurture their interest in and commitment to federal government careers. Ms. Patz also serves as the Alternate Designated Federal Official to the National Security Education Board, a 14-member Board comprised of six Presidential appointees as well as representatives from eight Cabinet-level departments.

Ms. Patz holds a Master’s degree from the University of Wisconsin-Madison in International Public Policy, as well as a Bachelor’s degree from Smith College in French Literature. She was the recipient of a 2008 Boren Fellowship, wherein she used her funding to study Arabic at the American University in Cairo’s Arabic Language Institute. Ms. Patz served as a Peace Corps Youth Development Volunteer in Morocco from 2004-2006. She enjoys yoga and mindfulness, and is certified as a 200-hour trained yoga instructor. 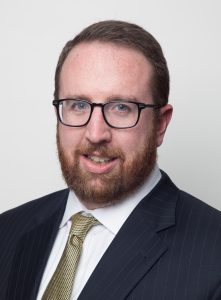 Brian re-joined IIE as a Program Officer in 2018 (having initially worked at the Institute from 2009-2010). Prior to re-joining, Brian worked in several DoD program support and non-profit management roles, including most recently as Vice President, Operations and Strategy, at The Manufacturing Institute. From 2013 to 2017, Brian served as Chief of Staff and later as Executive Director of the Armed Forces Foundation, a non-profit organization dedicated to protecting and promoting the physical, mental, and emotional wellness of military service members, veterans, and their families. Prior to that, Brian was a Senior Policy Analyst at The Charles Group, a government affairs consultancy, specializing in national security policy and DoD management issues. From 2005-2008, Brian served on active duty as a US Army Field Artillery officer. He was deployed during this time to Baghdad in support of Operation Iraqi Freedom as a platoon leader and staff officer in the 4th Infantry Brigade Combat Team, 1st Infantry Division. Brian is a 2005 graduate of Georgetown University’s Edmund A. Walsh School of Foreign Service, where he majored in International Politics and studied Russian. Brian also holds an MA in Global Security Studies from Johns Hopkins University, earning honors for his thesis, “The United States Army and Counterinsurgency: History, Culture, Application, and Institutionalization.” Originally from Freehold, New Jersey, Brian has lived in Washington, DC since 2009. 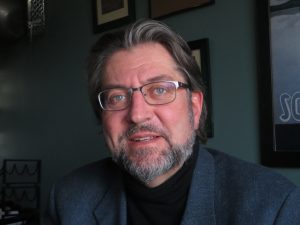 Csanád Siklós manages and oversees the programming of IRIS NRC and serves as the program director of APTLI. Prior to joining IRIS NRC he held positions in the Institute for Regional and International Studies as Assistant Director for Students and Curriculum and academic advisor for the International Studies Major, and in European Studies as Assistant Director. He has considerable experience in the field of language learning, having previously been Lecturer in Norwegian at UW-Madison, and a private consultant, editor, reviewer, and translator for the Hungarian Academy of Sciences (Magyar Tudományos Akadémia), Rosetta Stone and University Language Services. He received his BA (Joint Hons) in German and Norwegian from University College London. He holds an MA and PhD in Scandinavian Studies from the University of Washington. Csanád speaks native Hungarian, fluent Norwegian, and German. 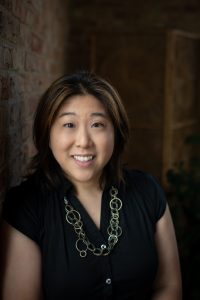 Dr. Elise S. Ahn is the Director of IPO. Since joining the International Division and IPO in December 2016, Elise’s main role is to work with the IPO team to help develop and administer internationally focused, multidisciplinary, capacity-building, and systems strengthening projects in collaboration with other UW units. Before coming to UW–Madison, Elise worked at KIMEP University (Almaty, Kazakhstan) as an assistant professor and director of a master degree program in Teaching English to Speakers of Other Languages. During her Ph.D. studies at the University of Illinois at Urbana-Champaign (UIUC), Elise was also a Fulbright-Schuman awardee to the European Union (Tilburg University) and the recipient of multiple U.S. Department of Education Title VI grants for Turkish language study. Elise graduated from UIUC in 2011 and conducts research revolving around the intersection of human geography and language and education policy and planning processes; internationalization in education policy production and reform; internationalization of (higher) education; and program evaluation with a focus on Turkey and Central Asia.

Hailey manages external communications and produces digital content for Khan Academy, a nonprofit providing free education to over 130 million learners across 190 countries and 50 languages. Hailey works to promote education as a human right and expand access to free education in the US, India, and around the world. Her study of Hindi, Urdu and Farsi have helped to expand Khan Academy’s presence in India, as well as to deliver math and science curricula to girls banned from education in Afghanistan. Prior to working at Khan Academy, Hailey worked on digital media partnerships for UNICEF South Asia, and as a Community Manager for Yuvaa, a mental health awareness platform based in Mumbai. She is an alumnus of the CLS, Boren, and Fulbright scholarship programs. Hailey received her bachelors in Bioanthropology and Global Health and Masters in Human Rights Practice from the University of Arizona.

Katie Jost joined CAORC in 2016.  As Program Director, she oversees and administers CAORC programs including CAORC’s U.S. Department of State subgrants, all fellowship programs, and the library acquisitions project in West Africa. Katie also works with CAORC’s network of overseas research centers on a variety of initiatives, including managing and continuing to develop an online grants administration system. Prior to CAORC, Katie received an MSc in European Political Economy from the London School of Economics and spent several years working at non-profits, including the British Academy in London and the Institute of International Education in Washington D.C. 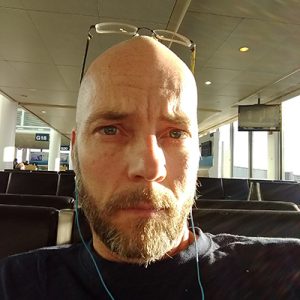 Mark Lilleleht is the Assistant Director for Awards at the Institute for Regional and International Studies (IRIS) at UW-Madison. He coordinates a number of IRIS-based awards for student research & study as well as the campus-side process and support for a number of nationally and internationally-competitive awards, including: Boren Fellowship awards (for graduate students), Critical Language Scholarship, Fulbright-Hays Doctoral Dissertation Research Award, James C. Gaither Junior Fellows program, Luce Scholars Program, Schwarzman Scholars, and Zhejiang University China Studies Program. He also serves as the UW-Madison’s Fulbright Program Advisor & Scholar Liaison for those interested in opportunities available through the Fulbright US Student and Fulbright Scholar programs.

Mariah Stewart works for the National Security Education Program as a Program Officer, assisting returning Boren awardees with fulfilling their service. Mariah studied Russian and International Studies at the University of South Carolina and was a Boren Scholar in 2017-2018 studying Russian in Latvia. Before joining the NSEP team, she worked for 2 years in the nonprofit sector in Colorado Springs, CO.

Michael Saffle has worked for the Institute of International Education (IIE) for the last 18 years and in International Education at large for over a quarter of a century. For most of his time at IIE, Michael has worked for the Boren Awards as both an adviser and outreach manager. Before joining IIE, he was an Assistant English Teacher in Fukushima, Japan from 2000-2002 and graduated from University of Maryland with a Masters in American Studies in 2000. He is a native of Washington D.C. and lives close to Baltimore, Maryland.

Rori received a M.P.P from George Mason University’s Schar School of Policy and Government and a B.A. in Sociology from the University of Mary Washington. As an undergraduate student, Rori studied abroad in Florence, Italy, cementing her love for international travel and priming her for a second study abroad, in Japan, during her master’s degree.